2020 saw the band complete their first EP trilogy, releasing 'Vols. 1-3' on vinyl and CD and celebrating its launch by collaborating with Bone Machine Brew Co. on the delicious 'Let Man Loose Juice'. 2021 sees the band return their renowned live show to the stage with a new line-up, and working hard on new material in preparation for a monster 2022.

With the valuable support of the cherished local label, Let Man Loose headed into the studio to record their first EP release 'Vol. 1' – released at the end of 2017 to wrap up a successful first year for the band and featuring 'Shotgun Good Fun', 'The Coffin's Final Nail' and 'I Warned You'. This trio of songs remain certified crowd-pleasers at Let Man Loose's frenetic live shows.

Frequently referred to as 'one hell of a band' by BBC Music Introducing DJ Alan Raw, Let Man Loose continued to receive invaluable support from the team at Radio Humberside, with numerous live session performances, interviews and on-air endorsements culminating in a coveted late afternoon slot on their stage at Hull's flagship music festival, Humber Street Sesh in 2018.

Spurred on by this backing, the band latched onto the momentum and returned to the studio in early 2018 to start work on 'Vol. 2'. Benefitting from continued guidance from Warren Records, the band opted to take a DIY approach to its release, learning a great deal in the process and forging relationships with industry professionals. The four-track EP was released in July 2018 and supported with a ten date UK tour. The year also saw the band performing at Nottingham's Dot to Dot festival, opening for Black Honey, and joining Zal Cleminson of The Sensational Alex Harvey Band on tour in both Hull and Newcastle.

The instrumentals bite - look no further than 'Queen Bee' to see the way Let Man Loose take command over dissonance - riffs leap from attacking drum beats, culminating in a scream of feedback. 'Fun House Mirror' teeters on the brink of punk, with its taunting refrains and nightmarish guitar sections / Backseat Mafia on 'Vol. 2'

Contacts formed in the run up to the EP's release allowed the band to make use of the PRS Foundation Open Fund - working with multi-award winning producer Andy Seward on a demo for 'Two Way Glass' - courtesy of Yorkshire-based not-for-profit organisation Higher Rhythm. The band then returned to long-term producer Mikey Scott of Hull's Studio94 to record the single proper at the start of 2019.

The opening riff is big, bold and loud; you feel the power of the electric guitars pressing in on you from all sides. 'You look like you were born to adorn the lock screen' is either a new age compliment or a dubious comment on society's adoration for creating that Insta-perfect life. Either way, it’s effective / WaveByte on 'Two Way Glass'

Late summer brought news of Jamie's imminent relocation to the south of England, and prompted the boys back into the studio to record 'Vol. 3' before his departure. It provided the band with the perfect opportunity to wrap up their long-standing working relationship with producer Mikey, before his own move to Canada. Mikey's contribution helped shape the Let Man Loose sound and can be heard across the band's catalogue.

'Victory Lap' establishes the EP with a pleasantly forceful, grungy guitar riff, followed by the deft, metaphorical storytelling that typifies Let Man Loose's lyrical style. The second track, 'Sweet Spot' has the most playful delivery, using cleaner instrumentation throughout, highlighted by a vivacious, addictive spaghetti guitar riff. 'Bulldog' shines through as the most raucous track, using sharp lyrical quips paired with strident, thrashy instrumentation - a sound reminiscent of early IDLES. 'The Acid Test' brings the EP to a close with a slower, yet no less punchy track, shaped by an authoritative rhythmic execution and driven by potent lyricism which allows itself space to marinate / GIGsoup on 'Vol. 3'.

Like most artists, Let Man Loose saw their plans for 2020 decimated by the onset of COVID-19. With a UK tour written-off, the band looked for new and interesting ways to keep moving forward, using the summer to create the 'Let Man Loose Podcast' - interviewing various musicians from Hull's bursting music scene - and collaborate with local Bone Machine Brew Co. on their own 'Let Man Loose Juice' beer.

Immensely proud of their trilogy of EP releases, the band could think of no better way to celebrate the body of work than to compile their first full-length LP, releasing 'Vols. 1-3' in summer 2020. The vinyl and CD release features the twelve tracks recorded by the original band line-up.

Fresh-faced with Eric Dimmack and Luke Scruton filling in on bass and guitar, the band headed to York's Young Thugs Studio to record performances of 'Victory Lap' and 'The Acid Test'. The session resulted in a pair of frenetic and raw live recordings, released at the end of the year as an AA single.

With new recruits Chris Cook (guitar) and Nick Russell (bass) joining in 2021, the band have eased back into the revived live music scene with a smattering of shows in preparation for a monster 2022. Next year will see Let Man Loose release brand new material, supporting it with shows up and down the United Kingdom. 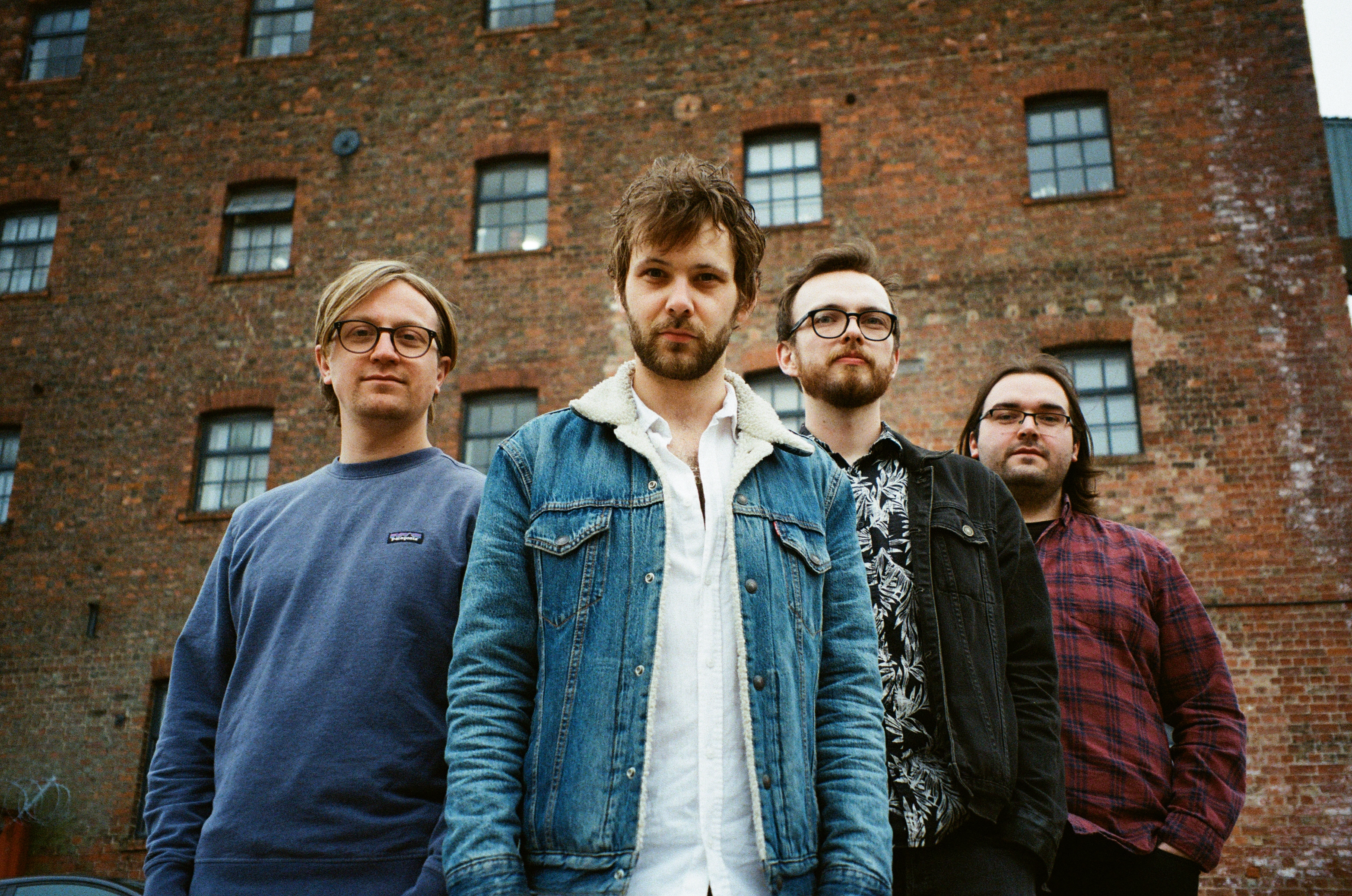 By signing up you agree to receive news and offers from Let Man Loose. You can unsubscribe at any time. For more details see the privacy policy.